Fortunately today Tim and I woke up in real beds. We got invited to stay in a small house owned by a family of farmers. They refer to it as ‘The shed’, but it has two rooms and a bathroom.
We had breakfast all together, me, Tim, the parents and the two young daughters. The latter were preparing to go to school. They have an hour bus ride from The Lavender farm, a couple of kilometres away.
After a ration of porridge and many other yummy things, my favourite being the lemon jam, we packed up. We eventually eat a little bit more before leaving, knowing that we were both going to make it to Killarney today. 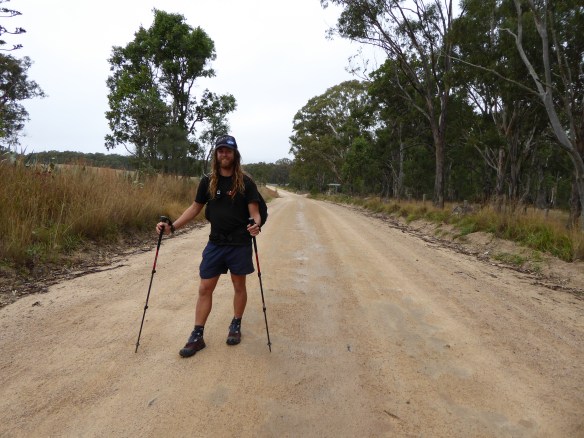 I could have chosen the road to get to the town but I decided this time to stick to the official route. Around mid morning I’m at the border between NSW and Queensland, which is obvious because of the rabbit fence. It is meant to prevent rabbits from going from NSW to Queensland. I wonder how efficient it can be.
I’m hoping to get a picture of myself in front of a Queensland sign, one that would say something like ‘Welcome to Queensland’ but could only find a sign about speed limits in Queensland. 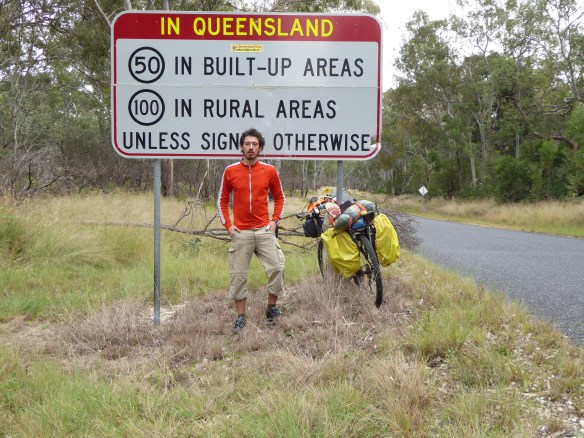 Arriving in Queensland was supposed to be something amazing, a huge milestone, worth celebrating. As often on this trip though, fantasies are different from reality. The reality is that I have to keep going and make it at least to the next town. Only then will I allow myself to rest. Or maybe not, I will probably be tired. 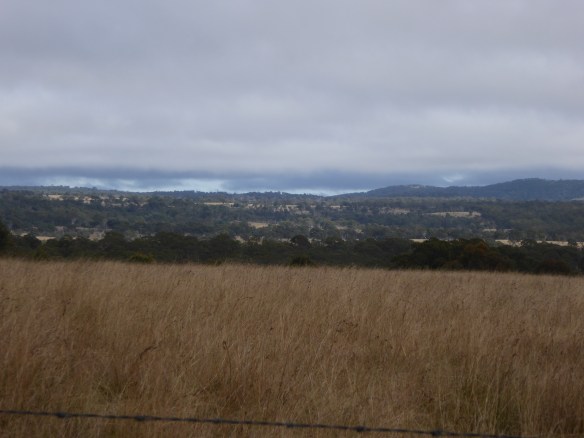 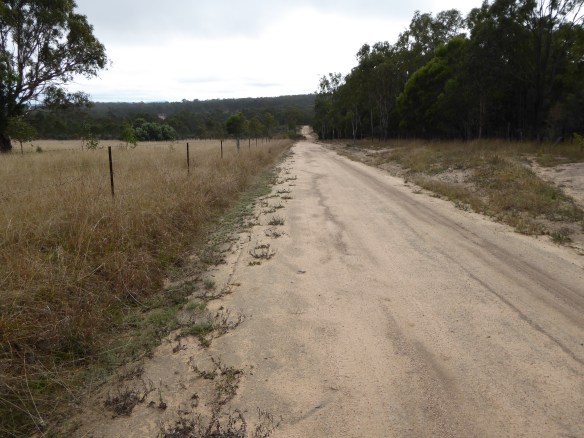 I follow the fence as indicated by the routes. The navigation is a little tricky, trying to understand the route note updates and not miss a turn off. The sand, then the sticky mud give me a hard time, but nothing exceptionally hard. I’ve just got soft recently after riding so much on the bitumen. 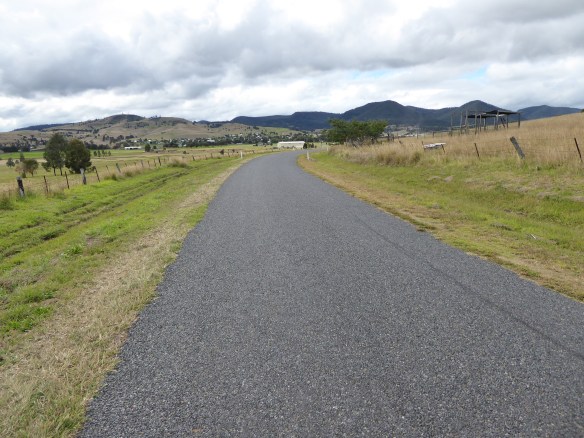 When Killarney is in view, the idea crosses my mind that I could call it a day once in Killarney, although it’s only noon. Pushing the bike in the mud has left me quite tired.
Once in town, I first take care of my little wound on my thumb. The bandage is stuck to the wound. The pharmacist gives me some chlorine to help with that. So here is me pulling strings of cotton out of the wound on a public bench. One by one, just like stitches, also unpleasant. 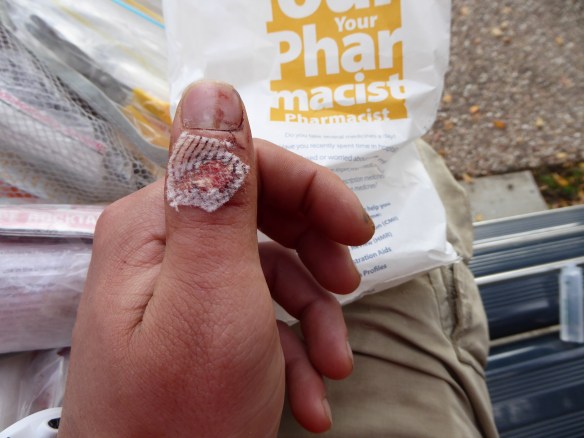 I patch myself up again, this time using a non stick bandage. I knew I needed that the first time.
Once I’ve successfully completed that medical procedure, I decide it’s too late to keep going. There are 14 river crossing to come and no clear indications about the next available campsite. I really don’t feel like starting that right before it gets dark.
So the second chore of the day is to find a place to camp. The phone number for the contact at the showground is not connected. An old man tells me to go to the newsagent which sends me to the vet. The receptionist at the vet clinic calls the boss, who gladly accepts to meet me at the showground. On the way there, I meet Tim again. I can’t believe he covered that distance by 3pm. 46km and he seems alright and happy as Larry. He barely stops and is heading right to the supermarket. He might be happy but he is very hungry. Having finished his 9 day food ration.
The vet opens the facilities at the showground and we get a hot shower and toilet. I don’t remember last time I camped without having a shower. This is too easy.
After setting up the tent, I head to the supermarket where Tim is all smiles, having found a lot of food on special. We soon attack the $1 huge carrot cake that only contains 2% of carrot and 40% of sugar. 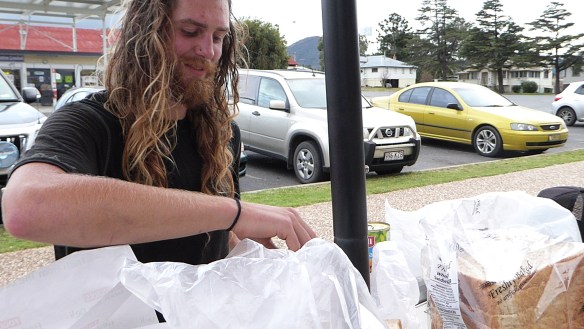 This is good enough for us. We discuss our days and comment on the fact that it was not that pretty but there were some clear views over the hills around so it was not all that bad.
We then spend the evening at the local pub. We meet two funny characters there. A couple, much older than us, seems to be living in the 70s. They go about, find places to crash at, and then hit the road again, without much of a plan. They keep on talking, drunk, but not stupid. It’s rather pleasant to hear stories from people who have done a fair bit of travelling and lived a good life wherever the sun was shining. 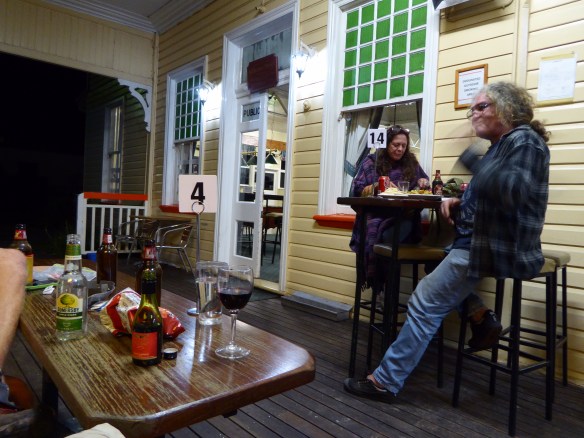 They buy us drinks but I decide soon to leave and hit the tent. Overall Killarney was the least bogan small town I’ve come across, and that makes it a good place to be. I particularly like the interest the school boys showed and their curiosity towards our adventures.