Yesterday was an unplanned rest day. After arriving in Collinsville I knew I would have to spend some time preparing for the next leg. What I didn’t plan for is a sick day. I’m still unsure whether it was the physical effort, the food or some kind of bacteria. What I do know is that I was very tired and weak the entire day up until dinner time. I suspect that the 120km I rode during the day and a very rich dinner at the mining club last night had something to do with it.
The highlight of the day was meeting Jackie, a horse rider who had started from Cooktown and was travelling south. She has three horses and her parents follow her with their caravan. It was an amazing coincidence that she was in Collinsville on that day too. She had arrived the day before. I was told by the section coordinator that I should get in touch with her, but I didn’t expect to be sitting next to her chatting less than 10 minutes later.
As usual with these encounters, we shared knowledge and reassured each other on what is to come. We met again for dinner with her parents and their friends from Newcastle. 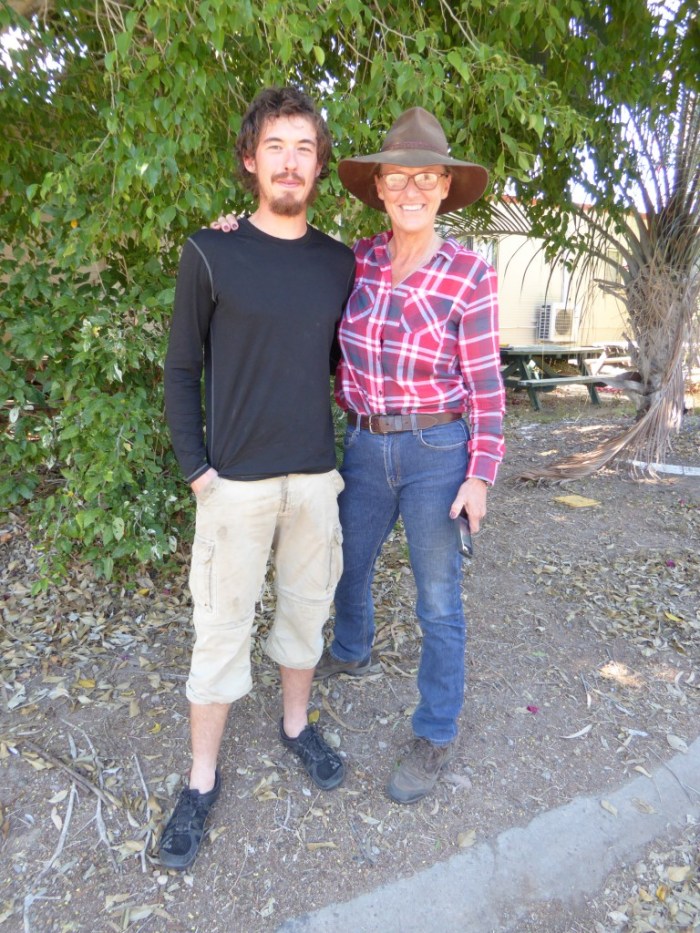 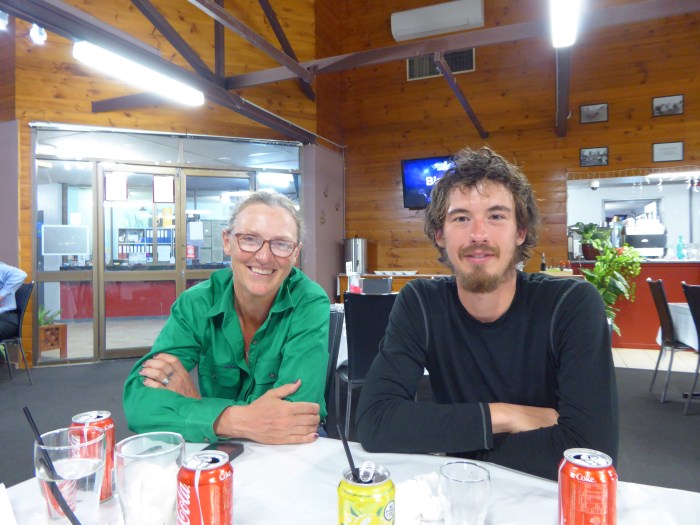 With all that, I didn’t have much time to rest and didn’t even pack the food.
I had been worried about section two of the BNT since I had looked at the notes yesterday.

There is not a single supermarket and not many post offices for the next 700km. One strategy would be to send a food parcel to a homestead. But all things considered, that would be adding more problems to the problem. They probably don’t pick up their mail too often and there is a chance that once again I would arrive before the parcel does.
I decide to pack up as much food as I possibly can and hope for the best. I remember another young horse rider telling me that locals would be helpful in case I needed something. I usually end up getting fed here and there anyway. I pack up enough for 10 days which should cover nearly 700km. It’s an intense ride and I’m preparing myself for bad terrain, bad weather, mechanical issues and getting lost. I find it works better for me to not overplan, things will work out.

My first chore this morning is to buy all the food and repack. Fortunately I know what I need. I won’t take too much fruit as I have found that it goes off too quickly in the dry weather and it’s too much weight for such a long section in a remote area. 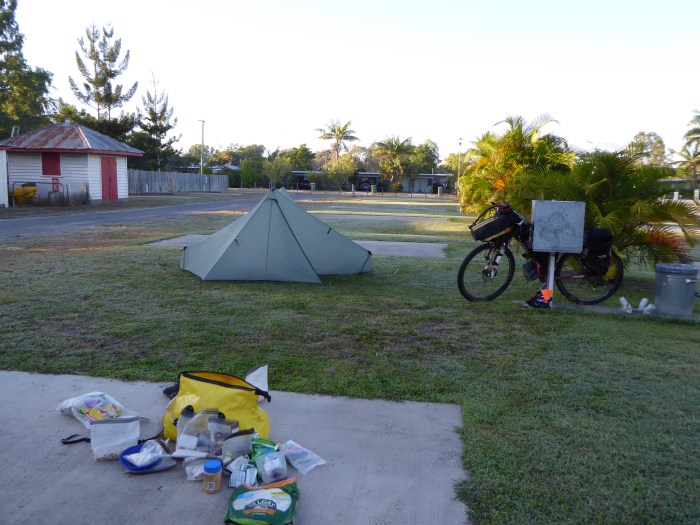 food repacking for 10 days with some contingency would something happen

At 10.30am I’m ready to go. Jackie told me about a shortcut on a better road, but I have poor mapping at the moment on the GPS and I head off the wrong way.
By 11am I’m finally on track. I leave the bitumen for a beautiful gravel road. Very easy so far. Not long after I’m on my way, someone stops for a chat. It’s Jim who’s in charge of the showgrounds at Strathbowen and insists on giving me a lift. He has good intentions and even says that I’m incredible doing this. Most people say that I’m crazy or stupid to not drive a car. I explain to him that I really want to ride and he suggests he will give me a ride and he won’t tell anyone. I thank him and keep going on my bike. It’s a beautiful warm day. If I had been in trouble late at night I could have considered taking the lift, but so far I’m enjoying this ride. 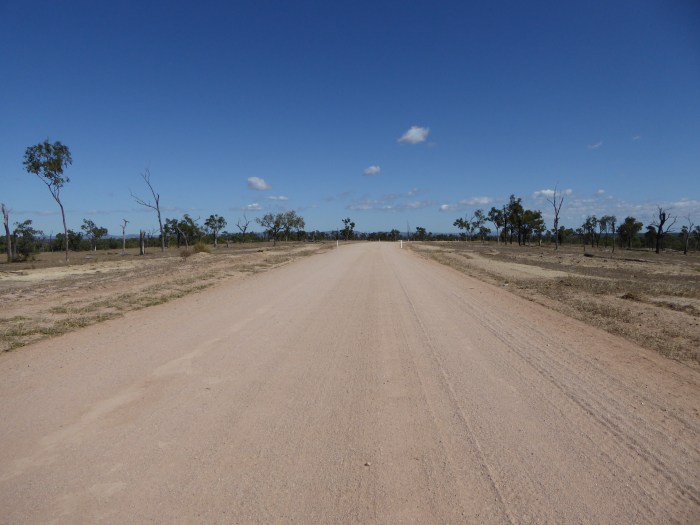 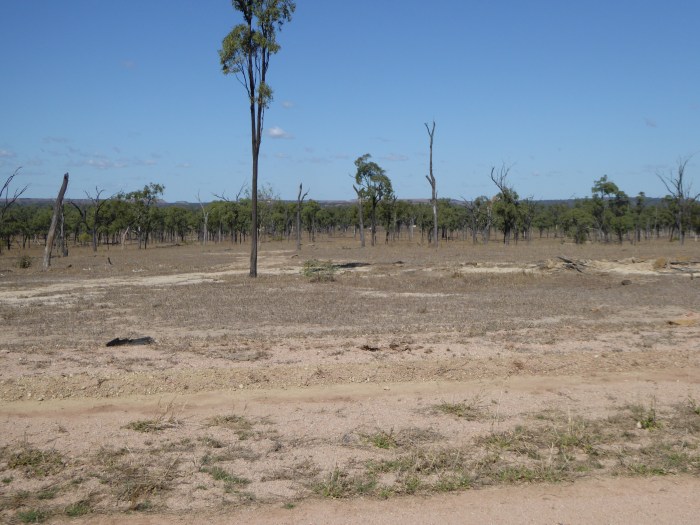 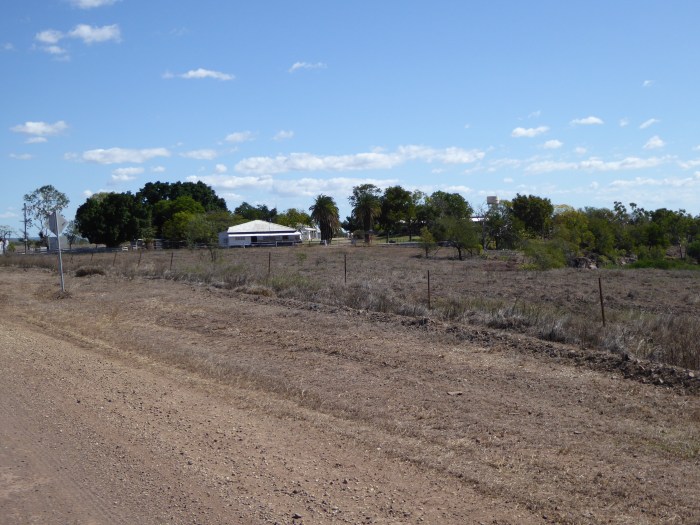 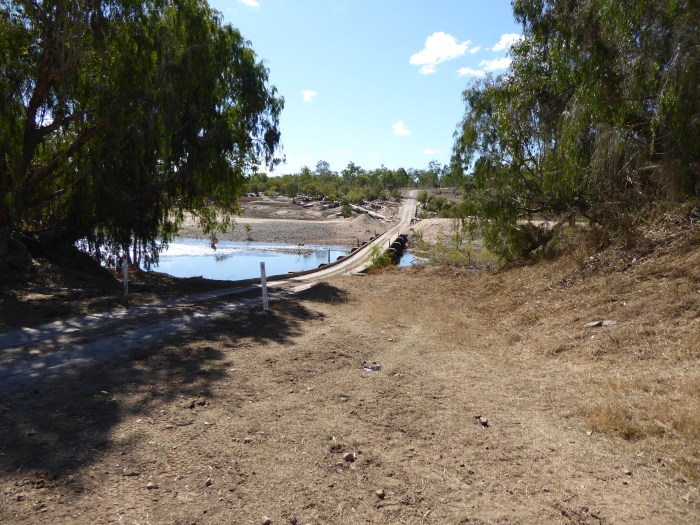 Bowen river crossing before the hotel

I stop at the hotel for a cold beverage. This hotel is a very old building. It is from 1861, very old by Australian standards. It was originally a coach house.

I take the opportunity to check my emails before I completely lose reception, and take a look at the route notes. I must not forget to call the army soon as I’m going through an area they control, probably for training and testing equipment. It might be interesting or not – I have no idea. There is also a mention of a locked gate which is never a good thing. No instructions on how to open it but if I find out, I’m asked to report it for future editions of the notes. Not looking forward to that one. 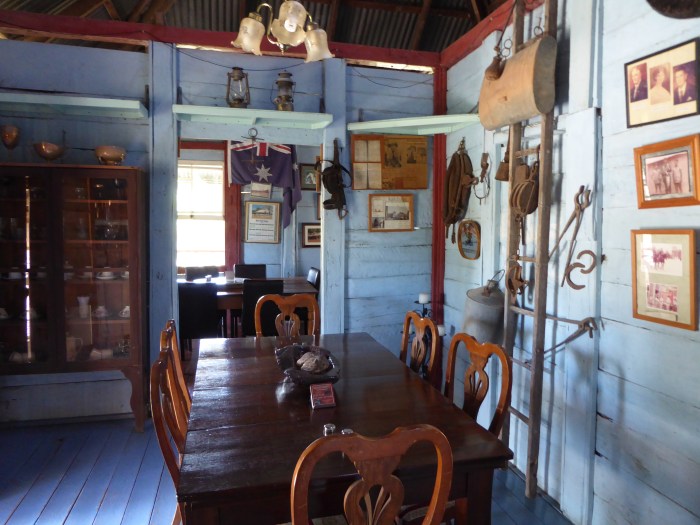 The pub use to be a coach house 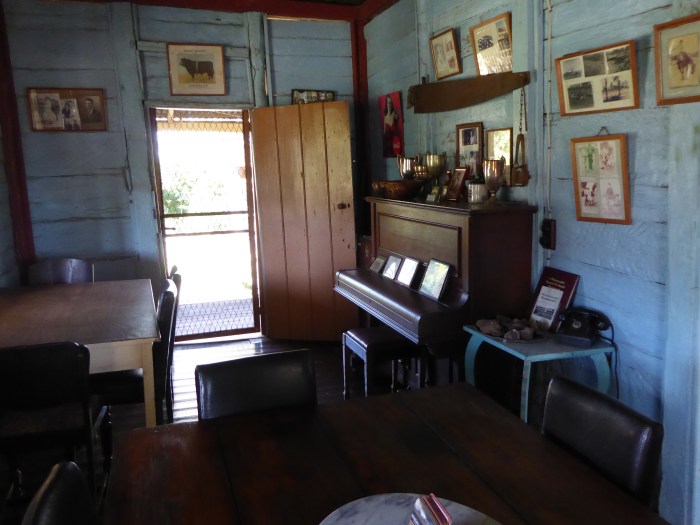 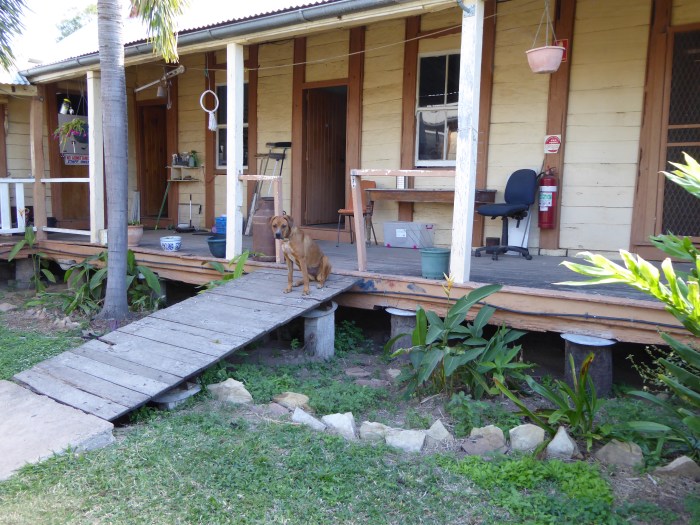 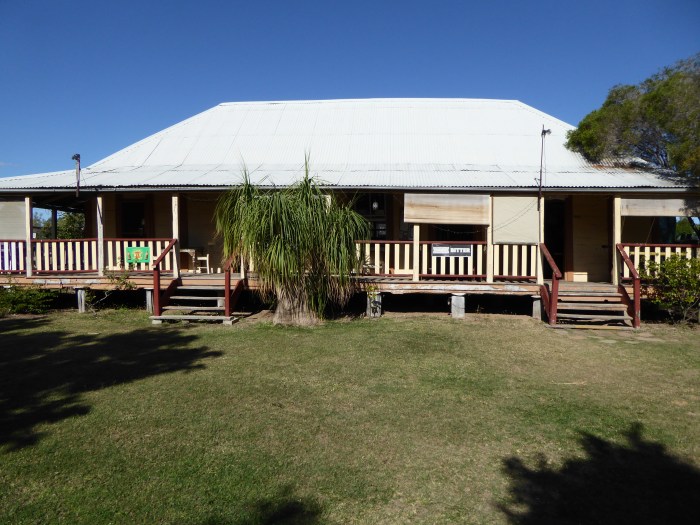 After the hotel the road is less smooth. More rocks, more sand, more corrugation. I aim for the next BNT campsite which is a camp by a dam. 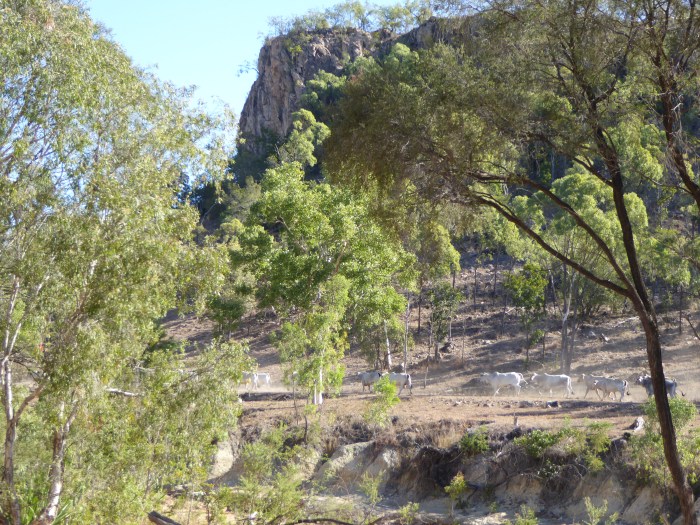 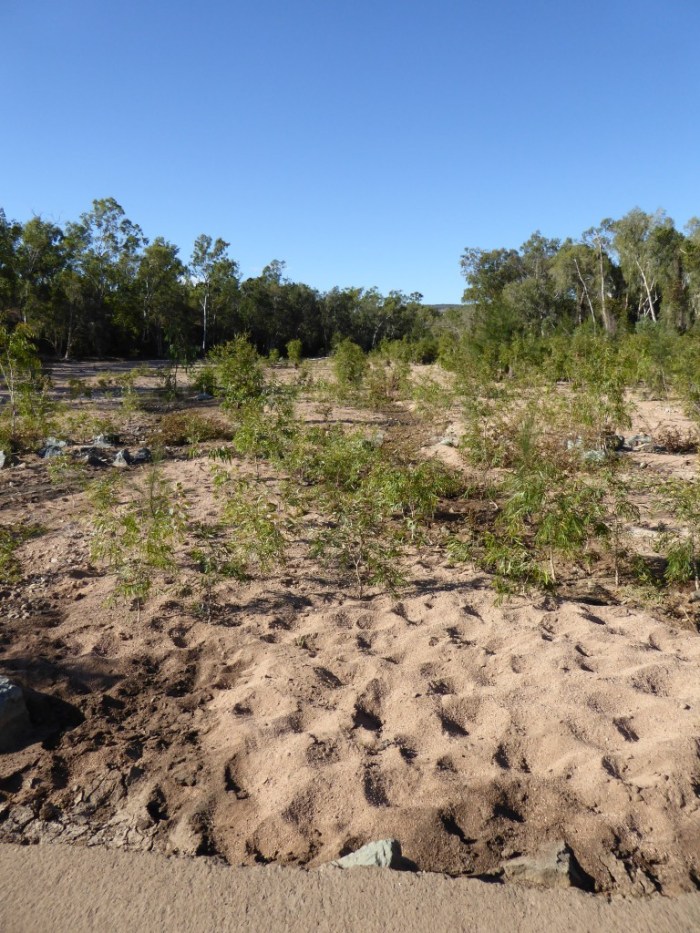 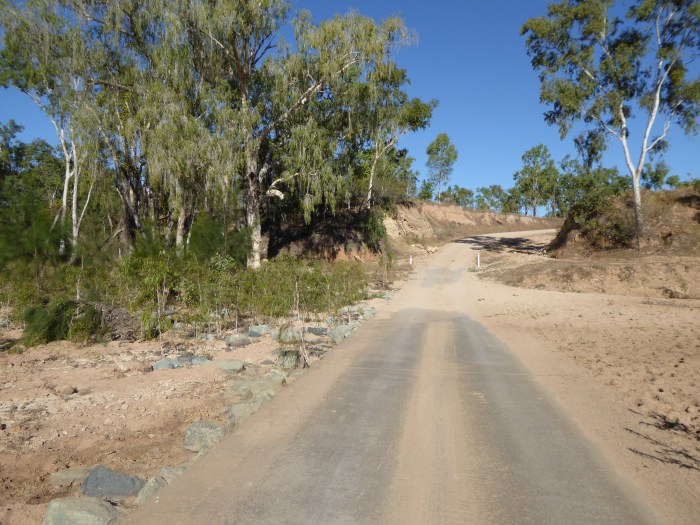 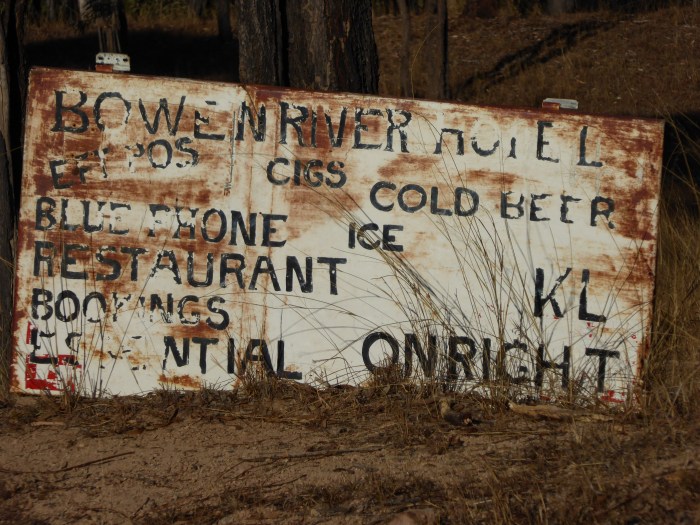 sign pointing back at the pub. Can barely read it, so old and rusty

At the end of the day a surprise is waiting for me. There is always a surprise on the BNT when I have had it easy for too long. The road climbs over a range.
Fortunately the road has been improved and it’s just enough to make me sweat and stop a few times. While climbing I notice I have half a bar of mobile network. I quickly send a text message, hoping it will go through. 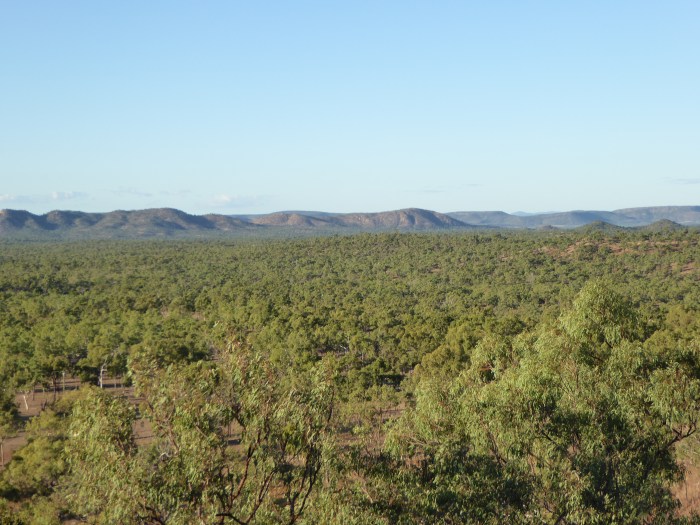 view from the climb 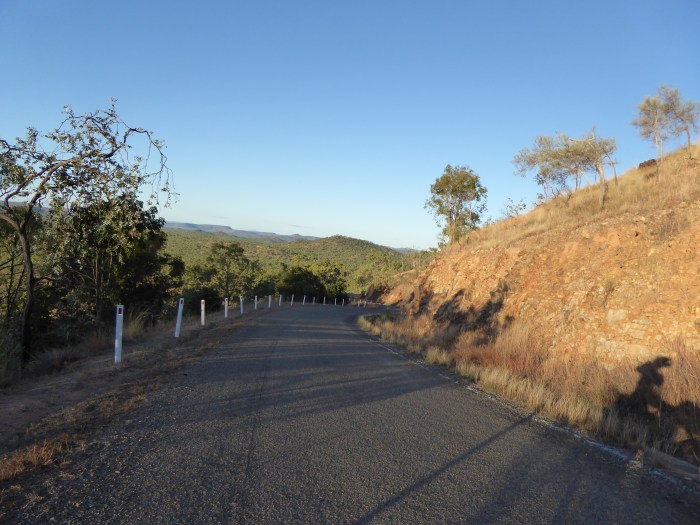 tar just for the climb, good one

As I go further up, I can’t find the dam. I take my phone out of my pocket to attempt to check on the satellite view, but I’m tired and I end up dropping it. This happens all the time, but this time I have bad luck. It falls flat on the screen and smashes. After all these months of riding and dropping it has finally happened. I usually keep my phone in the handlebar holder, just not today. I take that it is karma for once again riding too late.. Or maybe for overusing the Internet? Or for not paying the $5 camp fee a few days ago.. 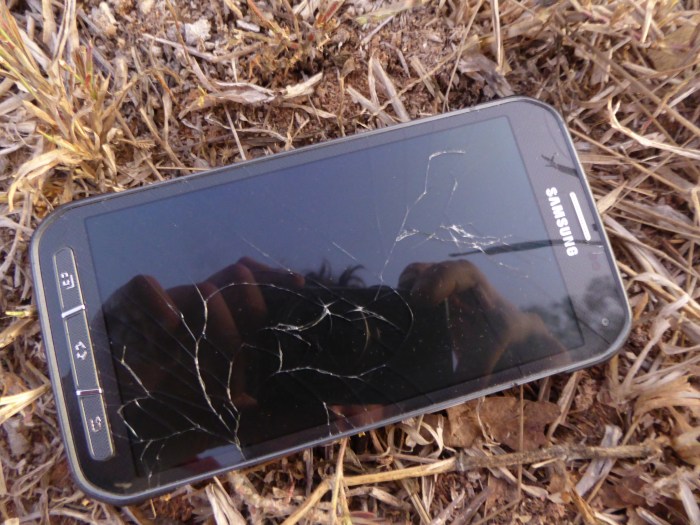 will it still work ? this phone does everything for me

Anyway my thoughts today were about how good it feels to know what to expect. Jackie filled me in and it sounds like there aren’t too many bad surprises. I’m thinking though that even if she had told me there is some nasty riding ahead, I would still have been happy to know. Back in Victoria I knew what to expect. I had very detailed description of the trail and feedback from riders. It knew how terrible it was, nearly impossible in fact. That had really helped me. I was expecting the worst and nothing could have prepared me for something that bad. I knew how the next day would be and I had little chance to get lost. In Queensland it’s much easier going, but I know very little. I think humans just hate the unknown. 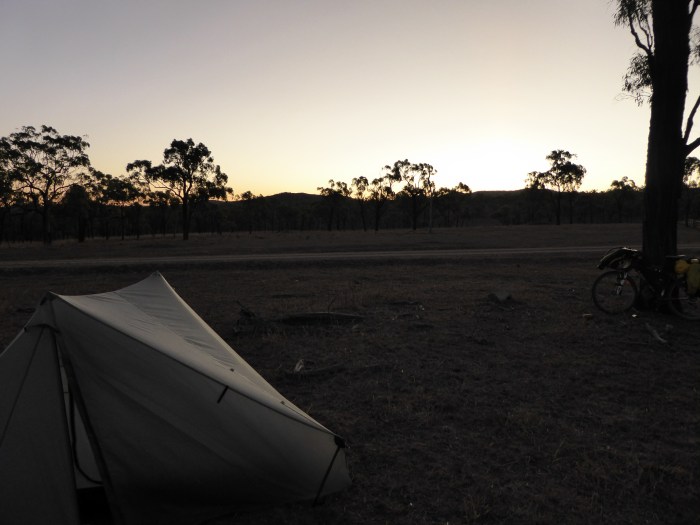 camping by the side of the road. Never found the dam 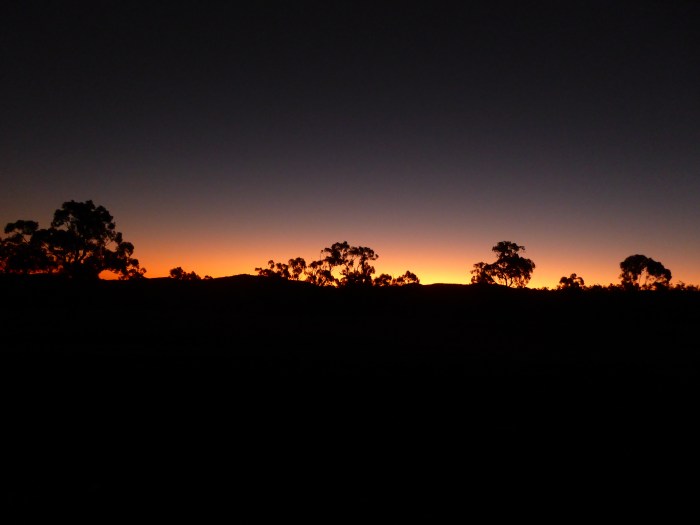